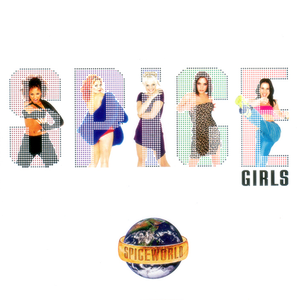 When I was a kid, I used to be a huge Spice Girls fan. The album Spiceworld was a fantastic album. Spiceworld includes Spice Up Your Life, Stop, and Too Much. This pop album sold 20 million copies worldwide!

The description of the songs:
The songs that made want to get up and dance were
Spice Up Your Life, Stop, Saturday Night Divas, Never Give Up On The Good Times, Move Over, Do It, and The Lady Is A Vamp. These songs were catchy and upbeat.
The slow songs were Too Much, and Viva Forever. Too Much is about a relationship that is struggling. Viva Forever is about everlasting love. Both songs are romantic and poetic.
Denying is a song with a beat that varies from slow to fast and vice versa. It’s song of empowerment, primarily when a relationship isn’t working out.

The overall feel of this album is about empowerment in various forms as well as romantic. The sense of “Girl Power” that many of us remember when we were little girls is very present in this album.

My favourite songs from Spiceworld were

View all posts by musiflo